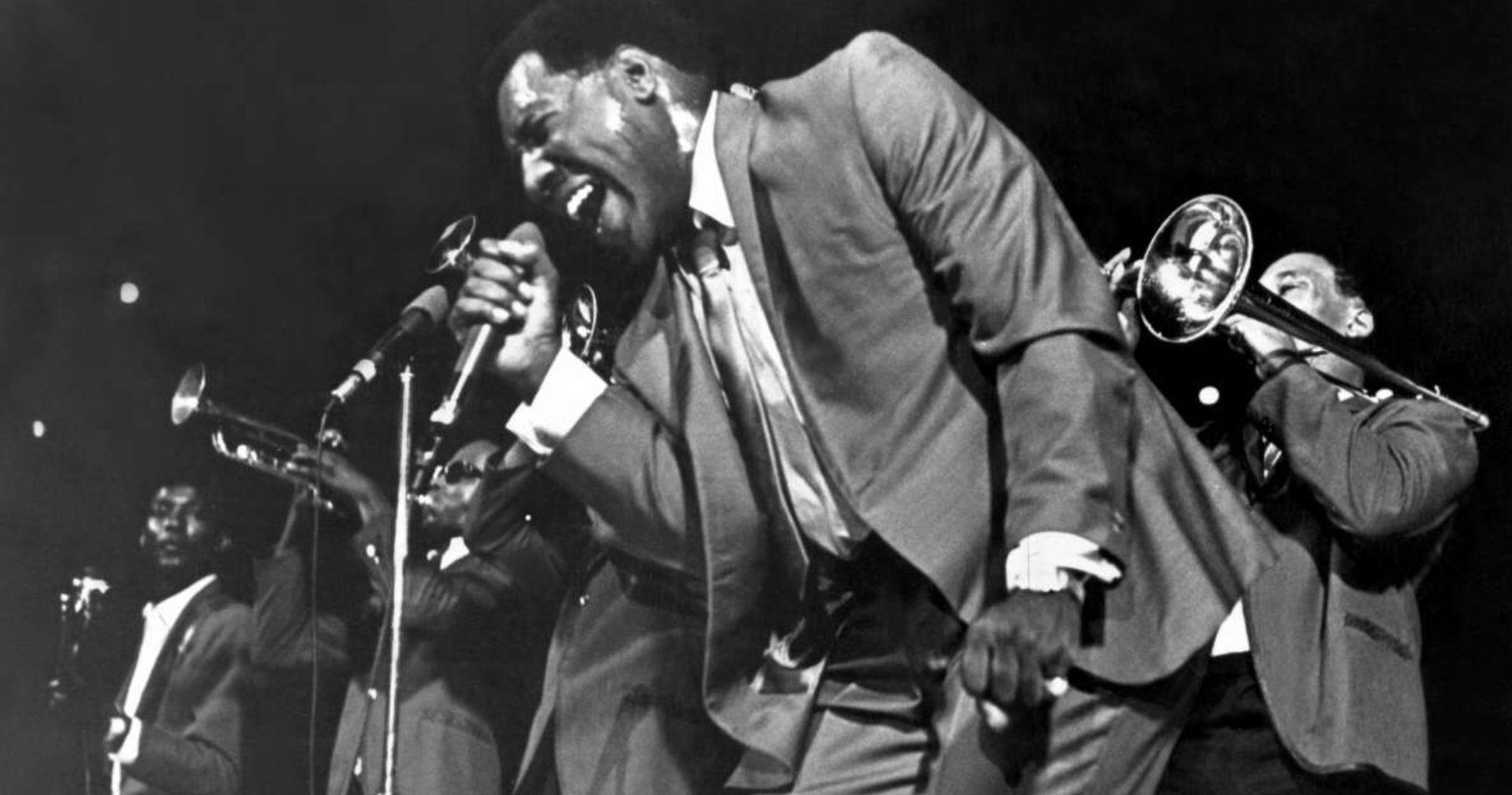 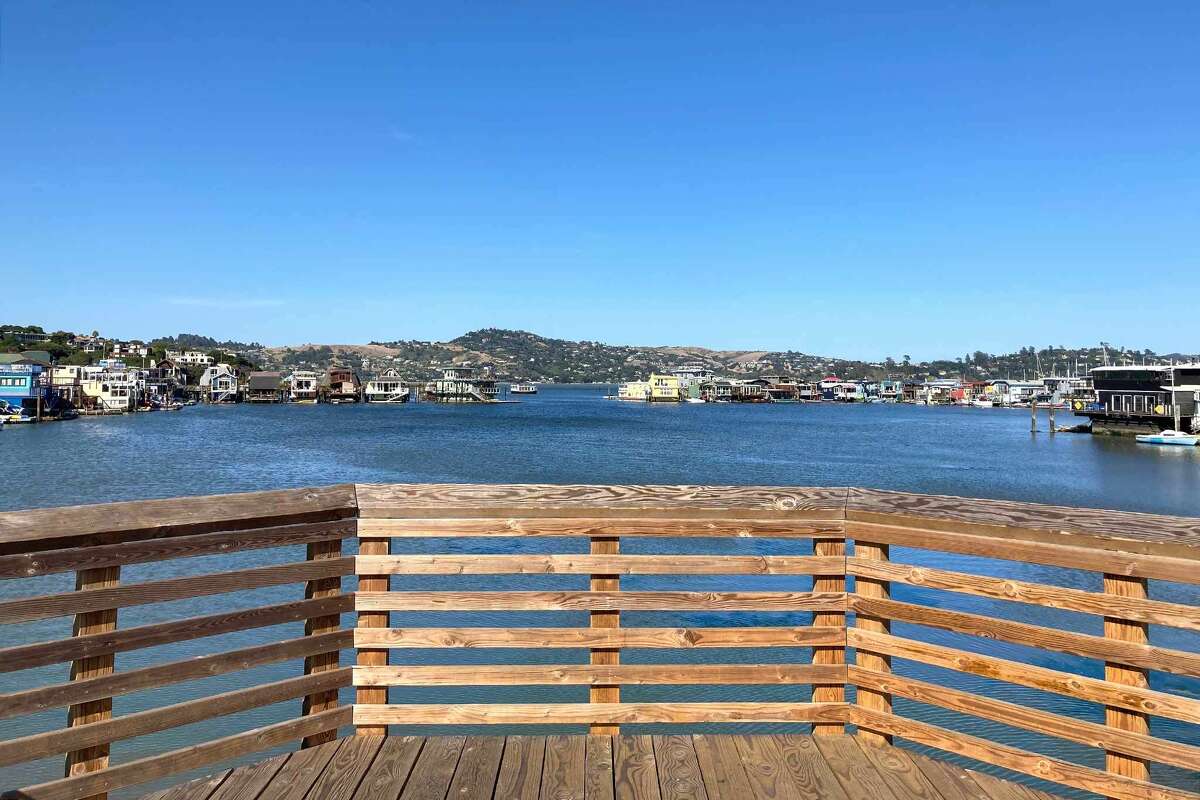 A view from a lookout point at the Waldo Point Harbor in Sausalito, Calif., where Otis Redding conceived the song “(Sittin’ on) The Dock of the Bay.”

In some ways, time feels frozen at Waldo Point Harbor in Sausalito. A longboarder in wraparound sunglasses skates down the dock to his houseboat, pulled by his leashed golden retriever. There’s a little stand outside one boat selling art postcards on the honor system. The pastel paint jobs and streamers hanging from balconies invokes a festive New Orleans vibe. But next to the colorful bungalows and rusty barges, floating modern mansions remind you this is indeed 2021.

Under the clear skies of a Sunday afternoon, I took a seat at a wooden lookout point along the water. Something like a seagull squawked in the distance while I whistled a little tune. I doubt the sound carried to the rows of houseboats on either side, but almost every resident of the 282 floating homes at these docks would’ve known the song. And at least one of them claims to have seen it being written, 54 years ago.

“(Sittin’ On) The Dock of the Bay” is inarguably Otis Redding’s biggest hit. Recorded in late 1967 and released in 1968, it jumped to No. 1 on the Billboard Hot 100 charts, and today, it has nearly 350 million plays on Spotify alone, more than double Redding’s second-most popular song, “Stand by Me.” The iconic whistling at the end was originally intended as a placeholder, which the singer planned to re-record in a final version. But he never had the chance, dying in a tragic plane crash just days after the recording session in 1967 at the age of 26. 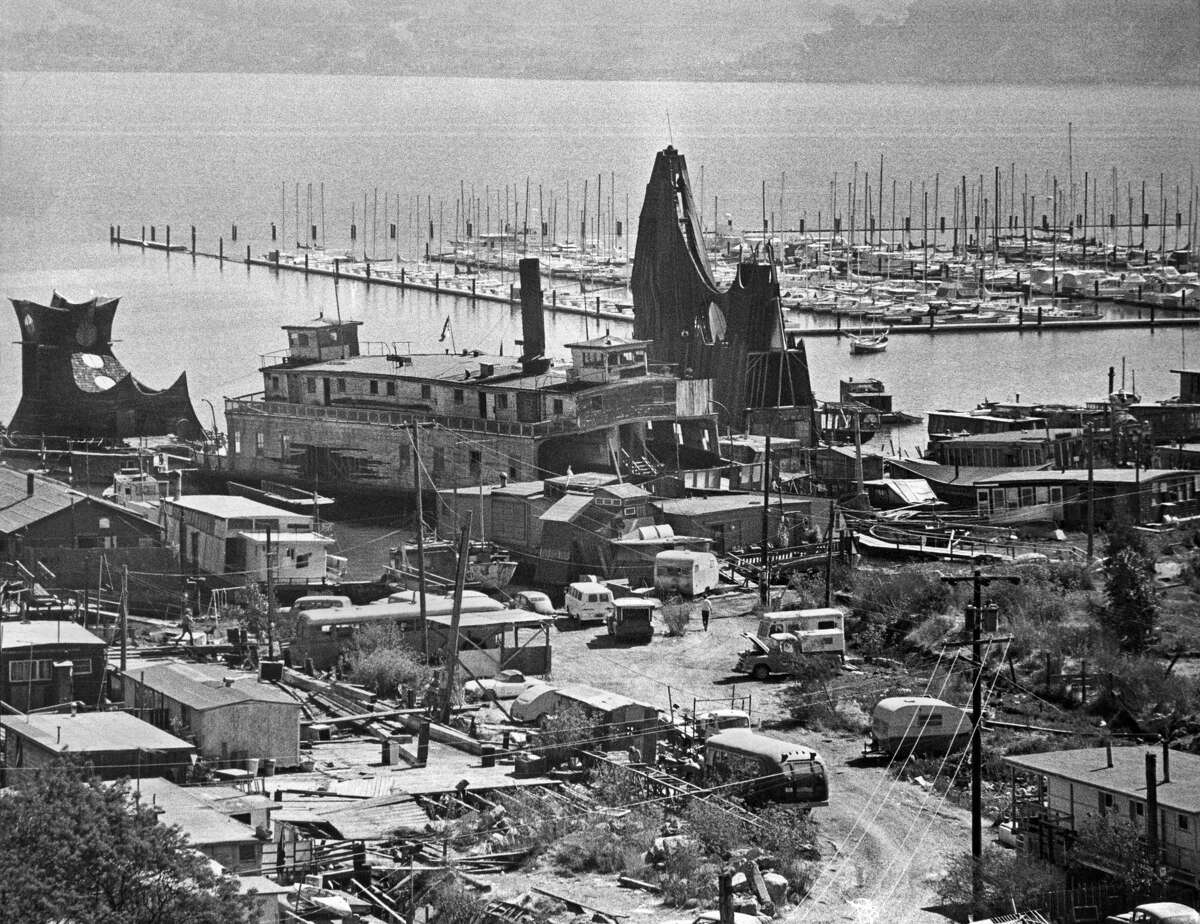 Legend has it that the dock where he watched the tide roll away was right here in Sausalito. According to an NPR interview with his guitarist, Steve Cropper, Redding began writing the song when he played at the Fillmore West in December 1966, but most accounts line up his time in Sausalito with a six-night string of shows at the jazz club Basin Street West in North Beach in August 1967. Redding was at the height of his popularity, hot off a legendary performance at the Monterey Pop Festival, so a legion of female fans had descended on his hotel. To offer an escape, promoter Bill Graham reportedly offered the keys to his houseboat. 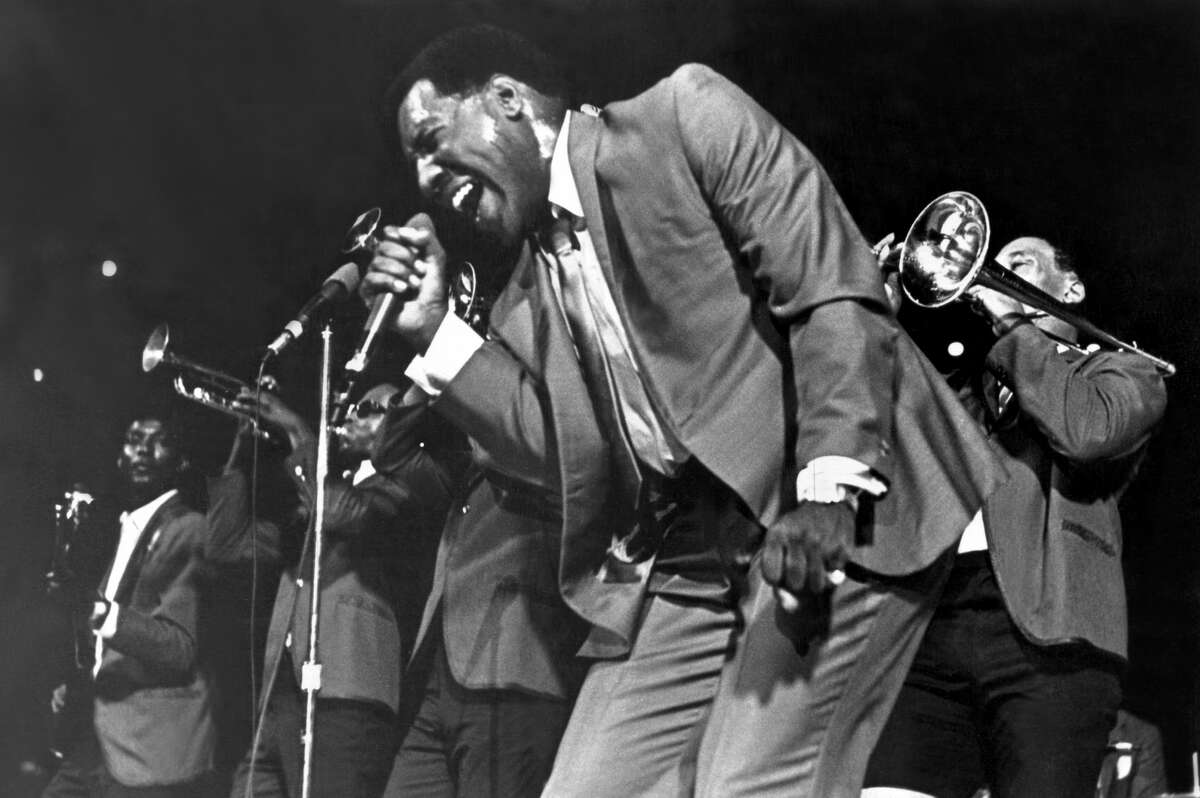 Redding’s manager, Earl “Speedo” Sims, said that while staying at the houseboat, the singer had the genesis for “The Dock of the Bay.” He would repeat the lines “sittin’ in the morning sun, I’ll be sittin’ when the evening comes” over and over, and later add a direct mention of San Francisco in the second verse (“I left my home in Georgia / Headed for the Frisco Bay”).

“We must have been out there three or four days before I could get any concept as to where he was going with the song,” said Sims, as reported by Performing Songwriter. “I just didn’t understand it. And lyrically, it sounded weird. He was changing with the times. And I was looking at the times change.” 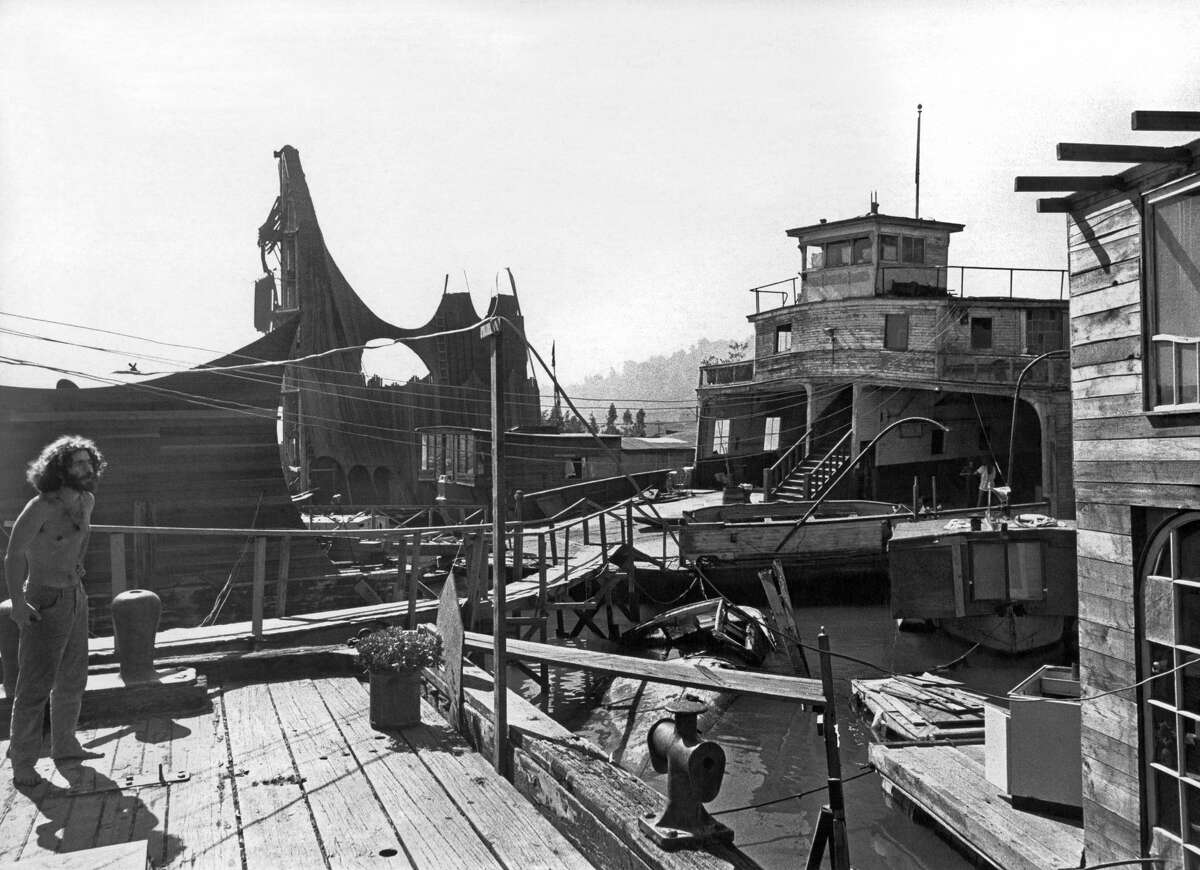 Although “The Dock of the Bay” is now synonymous with Redding, it was a departure from both his fiery soul stompers like “I Can’t Turn You Loose” and softer ballads like “Try A Little Tenderness.” His wife, Zelma Atwood, cited The Beatles’ “Sgt. Pepper’s Lonely Hearts Club Band” as an influence to push his songwriting to a new level of creativity. Though, when he played the song for her, she reportedly didn’t care for it.

“My comment at the time was that it was very different, unusual for him,” she told the New York Times. “He said, ‘Well, I’m going to change my style, going to be different.’” 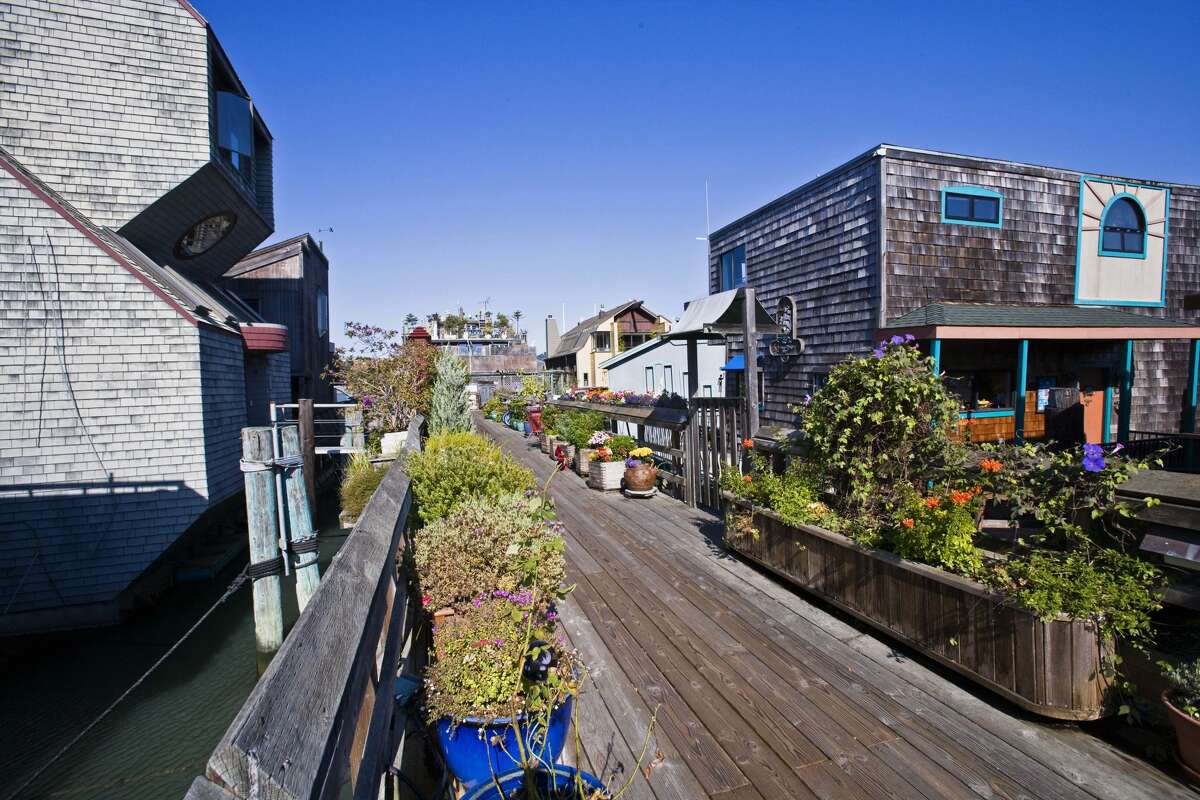 Today at Waldo Point, no trespassing signs dissuade exploration, but strike up a conversation with a friendly couple out for a stroll and you’ll be granted permission to look around. You might even be invited in to see their boat, which is adorned with a Buddha mural on the exterior. The home was built 20 years ago from reclaimed materials for a fraction of the $2.2 million asking price of one of their neighbor’s boats.

Although hippie holdouts are now the exception rather than the rule, there are still a few old San Francisco musicians lurking around. Joe Tate is one of them, a blues guitarist who has lived there for over 50 years and currently hosts a blues jam on Mondays at the nearby Sausalito Cruising Club (which resumes June 21). He seems like the type of guy who might still sit outside in the morning sun and be sitting when the evening comes.

On that fateful day in what was likely early August 1967, Tate was laying in bed in his home on the Main Dock when he saw a man who resembled Redding walking down the pier in a suit. Tate threw on clothes, jumped out of bed and went outside. A neighboring musician who had met Redding confirmed that it was indeed the famous singer. 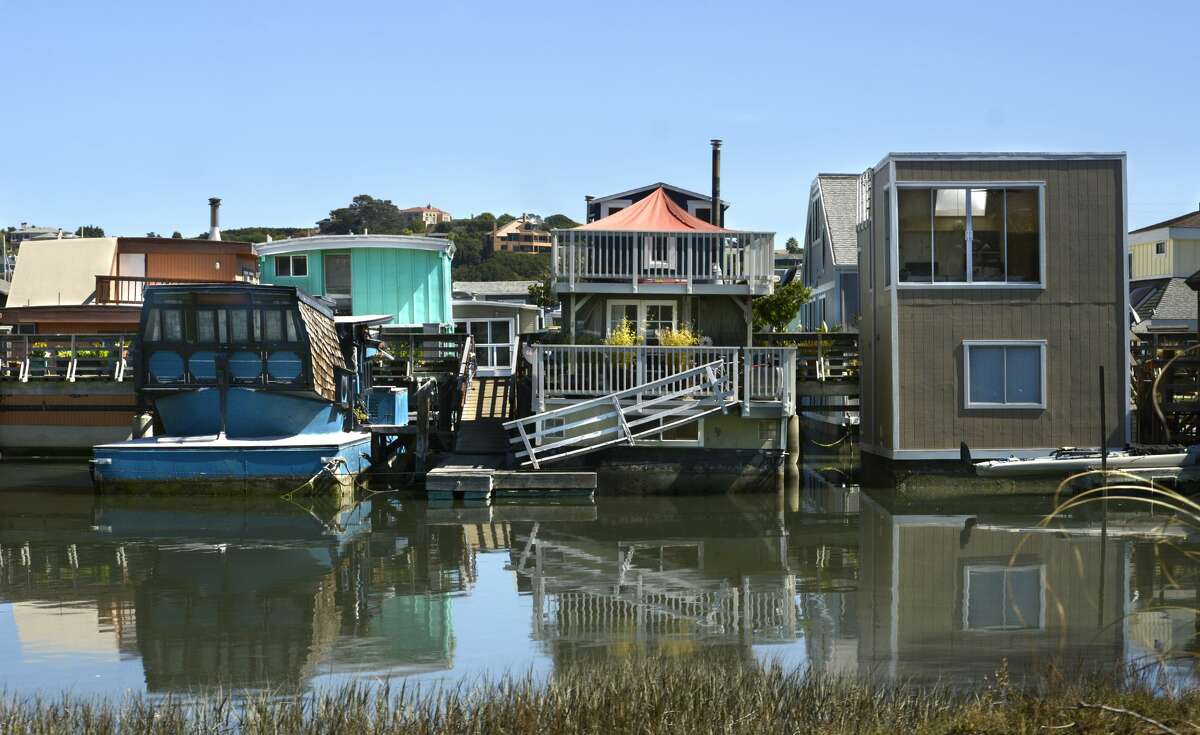 “[Otis] walked all the way out to the dock and he was sitting on a piling out there. He must’ve sat there a half hour, 45 minutes,” Tate told SFGATE. “It looked like he might’ve had a pencil in his hand, writing something. His hands were in his lap, then he got up and walked out and never said a word to anybody. I was just sitting there with my mouth hanging open, like, wow.”

At the time, Tate wanted to give Redding his privacy, but in hindsight, he wishes he would’ve said hello.

“He was a worshipped person. It was tantalizing, you see. There he was, but I didn’t get a chance to talk to him,” says Tate. Soon thereafter, Tate’s band was actually hired by Graham to open for Redding at a late December show in San Francisco; the show was canceled due to Redding’s death.

Fifty-four years later, I took a seat on a metal chair at the end of a creaky public lookout and put my feet up on a wooden railing. As the light dimmed over hundreds of houseboats with names like “Longtime Sun” and “Dream,” I listened to “(Sittin’ On) The Dock of the Bay” and whistled along. When the song ended, I sat for a few more minutes in silence, just wasting time.

Dan Gentile is the culture editor at SFGATE. He moved to San Francisco from Austin, TX where he worked as a vinyl DJ and freelance writer covering food and music. His writing has been featured in Texas Monthly, American Way, Rolling Stone, Roads & Kingdoms, VICE, Thrillist and more